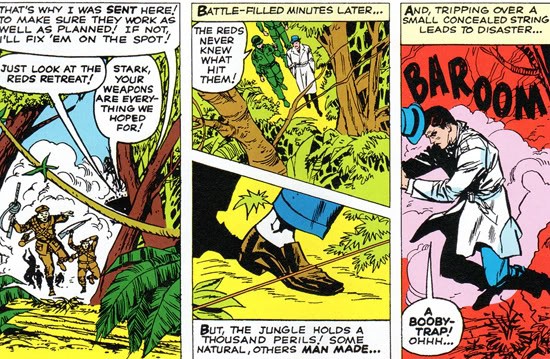 This is an exemplar essay I produced to help with the depth and analysis required for the outgoing legacy AQA Media specification. There are bits that will be useful for the new AQA course.

Find a media product that you think has been affected by/is a reflection of the post 9/11 change in the media and Edward Said’s theory of orientalism.

Produce a word document in which you explain how the media product demonstrates these two theories.

In order to demonstrate the application of post 9/11 theory and Edward Said’s concept of Orientalism I will be looking at three media products which make up part of a franchise. The 2008 film Iron Man shifted the Marvel Comic strip’s origin story from the jungles of Vietnam to Afghanistan. Tony Stark, a billionaire playboy, who is also the U.S. military’s most valuable arms dealer, is kidnapped by a terrorist group calling itself “the ten rings” (a thinly veiled version of the Taliban). This is an example of the reflective mode of post 9/11 discourse where products reflect, in some way, post 9/11 events. 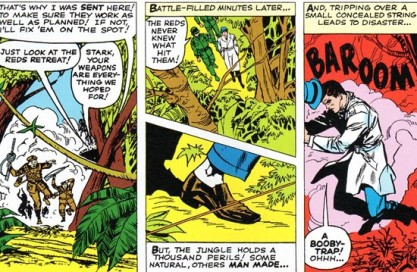 Tony Stark in Vietnam and Afghanistan. The 2008 film uses accurate U.S. Army uniforms and hardware to create a reflection of the war on terror.

This mode is also revisited during Stark’s incarceration. He is aided by an Afghan prisoner named Yinsen (another element only slightly changed from the 1963 origin story). Yinsen is also being terrorised by the insurgents and this does, in some way, reflect the way NATO forces were allied to Afghans and the U.S., especially, promoted a message in which they were saving people from Islamism. In this regard it is part of the constructionist mode of post 9/11 discourse in which media products construct a narrative concerning the war on terror. 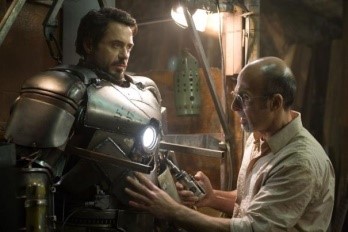 Yinsen – allegory of Afghan interpreters and fixers abandoned after the U.S. pull-out?

In the film Yinsen’s family have been murdered and he sacrifices himself to save Stark. It is notable that his death provides an emotional change in the Stark character’s development but he is only mentioned obliquely after Stark returns to the U.S. All the other Afghan characters are either terrorists or terrorised villagers and Stark strikes down the former with Old Testament style righteous fire in a very literal interpretation of a just war. Later Stark returns to the scene of his previous incarceration to coldly destroy the Ten Rings in a display of technological superiority. 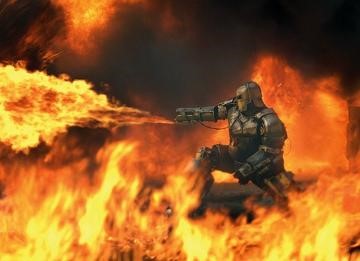 And they shall know that I am the LORD, when I shall lay my vengeance upon them.

In this sense the film is an example of an orientalist text; according to Edward Said’s theory. In Said’s view the occidental world (the west) regards the orient as a dangerous and savage place, inhabited by an alien and unknowable people. The occidental man needs real and spiritual armour (is it merely coincidence that the iron-man armour looks like a crusading knight?) to survive.

The constructionist sense of creating a visual language for the war on terror is part of this movie. It is, however, according to Said’s theory, based upon a much older pre-colonialist, colonialist and post-colonialist view of the middle-east in which racism, religious bigotry and power determines the way oriental people are represented.

A curious orientalist double-think happens later in the film. Raza, the fearsome leader of the Ten Rings, turns out to be a stooge of Stark’s mentor Obadiah Stane and is double-crossed by him. This allows the film to play out orientalist ideas about the superiority of westerners and reflectivist post 9/11 concerns regarding the way the America had actually created the events of 9/11 and the war on terror. The film ends with Stane enacting a form of terrorist attack on U.S. soil. Having Stane as the big-bad allows Marvel to avoid charges of racism whilst actually being more racist. Reza is only a mid-tier boss and not worthy of the final scrap.

These ideas are re-visited in Iron Man 3 (2013) in which stark faces his nemesis “The Mandarin.” In true orientalist style the villain is a mixture of a wide variety of “exotic and other” signifiers. His name is Chinese, as is his robe, top-knot and elements of his setting, but his face and beard signify the middle-east and his video-messages are reminiscent of Al-Qaeda. 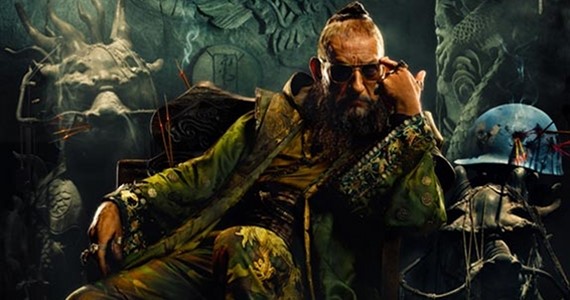 The Mandarin: An orientalist villain.

Again The Mandarin turns out to be a puppet (literally as he is an actor from Croydon called Trevor Slattery) for an occidental super-villain in the form of Guy Pearce’s Aldrich Killian. The westerner is again superior and the orient is made pathetic and so symbolically annihilated.

The film also has 9/11 reflectionist moments since it depicts returning veterans, from the war on terror, who are literally walking time-bombs. It is one of the very few media products to depict veterans with concern and points to a deep unease in the U.S. over its long overseas wars. The characters are not developed but, if these wars play out in the media much like the Vietnam War did expect more troubled veteran stories (John Rambo in “First Blood” is archetypical) in the future.

In Marvel’s The Avengers (or Avengers Assemble if you’re British) we see another reflection/construction of 9/11. The film ends with a battle in New York between the super heroes and alien invaders. This allows Marvel to depict the 9/11 attacks allegorically (without offending grieving New Yorkers who are also Marvel Comic’s neighbours). 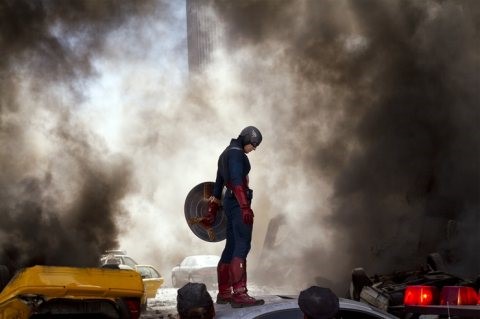 This is really, really, definitely not about 9/11 – honest.

The dust, the police, the firemen and the chaos all serve to reflect 9/11. The alien nature of the invaders, indeed their lack of human features, however points to a constructionist narrative. How can anyone understand the motivations of those who would attack New York? They are alien, inhuman and completely other. 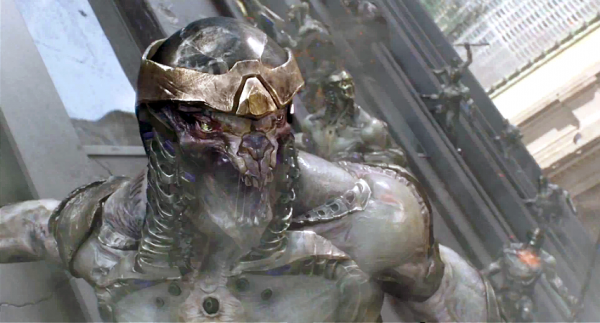 In conclusion much of the recent Iron Man franchise weaves a complex, and sometimes contradictory, set of messages concerning orientalism, 9/11 and the subsequent war on terror but that is not surprising. The orient and the occident have been colliding in fictions, and on the ground, for 700 years. What is disappointing is how easily old senses of fear and superiority are played out using the guise of the superhero adventure movie.

Oh and please like, comment, leave feedback or follow me. This will help me improve my service to you and make this a more useful thingamabob!

This site uses Akismet to reduce spam. Learn how your comment data is processed.